At sunday, we arrived to Finland after a long day of traveling, and we were with our host families, talking and getting relaxed.

In Finland, at first, we met each other playing games and doing activities. We presented our schools too, and after that, we had lunch. Then we had done the “Parainen Rally” in groups to know more about Parainen. After that we went to a Pizza restaurant and eat some things like Pizza and kebab. 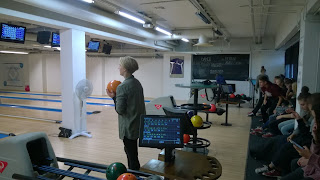 The next day we went to Nauvo and had a nature trail with QR-codes. Behind the codes there was questions about healthy lifestyle. After the nature trail, we visited a primary school with just about six students in each classroom. We ate lunch in the school and after that we had stations that all the schools had prepared. The stations were about healthy foods, countries and lifestyles.

When we had finished the stations bus to Parainen came and when we arrived to the school. We prepared some meals, one for each group. We prepared pizza, pasta, sauce, bread and some desserts. 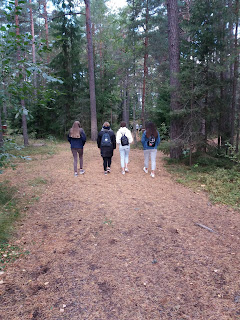 On wednesday, we went to Turku, to the Super Park where we had lot of fun jumping and playing with our friends.

After that, we had a tour around Turku. We saw Turun tuomiokirkko wich is a big church in Turku.
We had lunch and we had some time to get relaxed, and then we visited the Turku castle, a bit different from the castles in Spain but it was really interesting. It was a long day of walking and bad  weather but we had fun and that’s the most important. 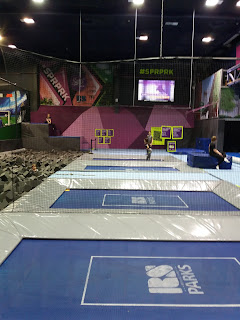 On the afternoon, we had free time, so many people decided to went to Turku’s shopping center.
Spanish people taste for the firs time the Hesburger’s burgers, and they really loved them.
After a great shopping time we came back to Parainen.

At morning, we were presenting  the “measurements of physical health” projects.
Then, we made groups and we prepared a presentation of each day, explaining what we did and which stations and excursions we made.

On the afternoon we went to Koupo, and we had the dinner. Then, we had a “good bye -party”. We had sauna and we swam in 4 degrees lake. German students went back to their country at night.

The last day, was really sad because it was the good bye time, all the german students went back to their country on friday, so it was time to the spanish students. We went to our countries with a great experience that we’re never going to forget.