Yesterday, 31. of january 2019, we came to school on 9 o`clock to have a party about Don Bosco. In the morning there were much to eat and to drink like cacao and bread. As Lunch we got a sandwich and a drink we chose, I chose Coca Cola. There was also a dessert in a classroom, like croissants and little cakes, which looks like little Don Bosco`s. They build up some sport stations for the younger childs, my position was on a sack race with Javier. The stations were there about 1 or 2 hours, after that we went home by car and we just played fortnite some time.

On 20 o`clock we arrived to ‘’Casal Jove’’ where everyone was going to eat. Javier and me were the last visitors, we came too late (caused of playing fortnite). I ate something like a bread with chocolate, an apple and many chips! I drank something that looked like water but it was something else, I don`t remember the name, but it wasn`t bad. After eating we all were playing something, because we were in something like a gaming center. Some guys played kicker, some other dudes played billiard, and I was the most time playing Mario kart on a Wii U. On like 21:30 o`clock we went away from there to Javier`s home and I were looking some Youtube while he was doing something boring, but I didn`t remember what.
-Leon, Cologne, Germany


Yesterday, January 31, 2019, we came to school at 9:00 to host a party on Don Bosco. it started with a church service. I had to go to a penalty kick with Victor (host family), I was the keeper and then we had to catch the balls, then we all ate a sausage sandwich and a cake with Don Bosco's head and we all talked. Afterwards we went home and slept a bit because then we went to a youth center where we met all the others including the teachers, we played pinball, billiards and Mario Cart we had a lot of fun and the teachers, then We all went home to sleep but victor and I played a few round billiards.
- Schahin, Cologne, Germany 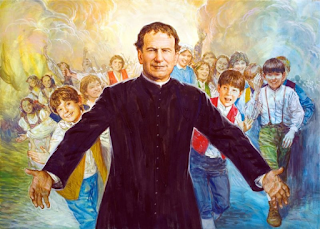 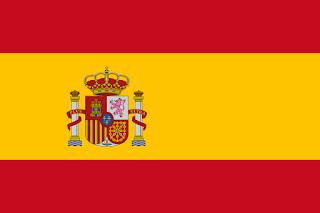